Reflecting on our Sports Medicine Lunch-and-Learn

With Olympic athletes competing with cupping marks on their backs and acupuncturists being hired by major league athletic teams, there’s a surging wave of interest in Acupuncture and alternative therapy for treating sports injuries and enhancing athletic performance. We recently hosted an opportunity for our students and alums to sit down with people working in the field of Sports Medicine to share their experiences and offer a glimpse into the future of acupuncture careers on and off the athletic field.

With over 30 students and alums attending the virtual conversation, we were joined by Glenn Oberman, L.Ac., AIMC faculty member & supervisor of the UC Berkeley Sports Medicine Externship, and Tomoya Harada, DC, Chiropractor for the San Francisco 49ers and current AIMC Masters student.

In addition to coordinating the UC Berkeley externship, supervising in the AIMC clinic, and teaching our Orthopedics, Research Methods, and Law & Ethics courses, Glenn Oberman runs a private practice in Berkeley and is on the team of faculty working to re-open our on-campus clinic in a timely and safe manner. He has been teaching at AIMC since 1992, when it was Meiji College.

Tomoya Harada came to the U.S. from Japan to study Chiropractic Sports Medicine. His interest was piqued as an avid beach volleyball player and rock climber; he wanted to know how to treat his own injuries and enhance his performance. After school, he began his career in a busy, high volume clinic where he had 15 minutes to interview the patient, create his diagnosis, and offer a treatment that had immediate results.

He sharpened his skills through his work at that clinic and began to work with professional athletes from UFC Fighters to professional Hockey players to most recently being hired by the San Francisco 49ers. He has wanted to attend Acupuncture school for a long time and now that school is largely virtual, he found he could finally get started as a student at AIMC. He looks forward to using acupuncture to help athletes on recovery days and to enhance their healing & performance. 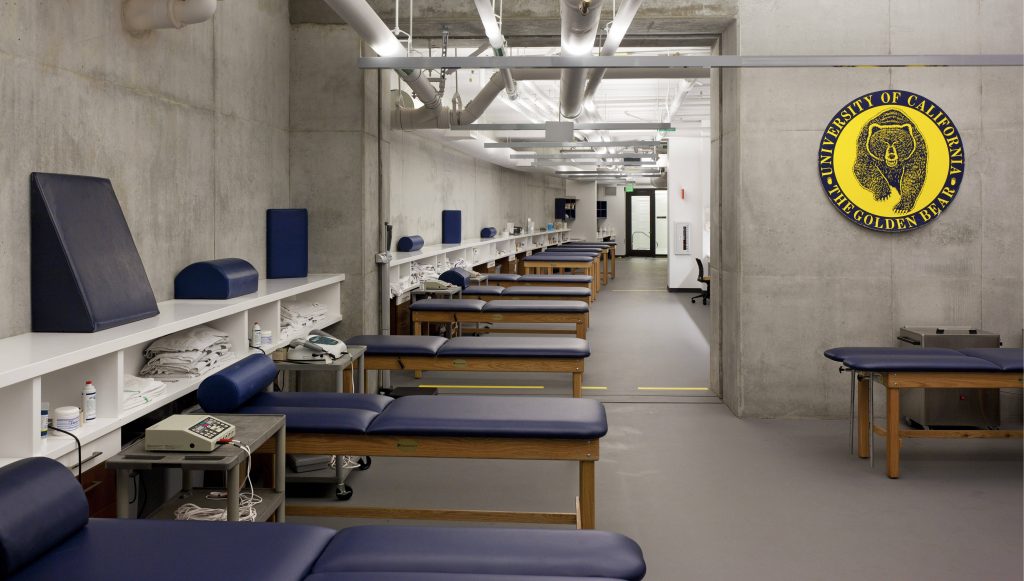 Here we’ll share some of the highlights of the virtual event, and at the bottom you can find a list of resources recommended by Glenn and Tomoya to dive further into the subject.

Q: What is the biggest challenge you find working with high performing athletes?

“Our athletes want to get back on the field as soon as they can, and this can run contrary to what we would normally recommend in terms of healing time. Also, we can’t use all the modalities that TCM offers; for example, we can’t do moxa or herbs, which restricts our ability to help athletes heal as fast as they could,” Glenn shared about working with the UC Berkeley student athletes.

Tomoya often only has 5 minutes on the side of the field with his player before they need to be back on the field, plus he can’t use a chiropractic table on the sidelines. To be effective, he employs a great variety of manual techniques to help the players quickly and creatively.

Q: Can you tell us about one of the most interesting cases you’ve worked on?

Tomoya: “I worked with a professional soccer player who had stomach pain that made it so he could barely walk or run for a year. He went through many tests with doctors before coming to my clinic. He couldn’t move his legs to teach the kids he coached to kick the ball. I thought to myself ‘wow, this is really intense,’ but just started thinking a few diagnoses and treating him. One month later, he was able to run. After three months, he was pain free.”

Glenn worked with an athlete training for the Olympics who had suffered some injuries common to the sport. The athlete was able to come in for a handful of helpful treatments before heading off to compete in Rio and ended up medaling in their event. He shared that seeing dramatic improvements like that continued to be satisfying for him in his career of over 30 years.

Q: How do you get buy-in from the student athletes who might not “believe” that acupuncture can help them?

Glenn: “Buy in usually comes after first treatment when the patient sees the results for themselves. When they first come in they are wary because they don’t know anything about acupuncture but they’ve been told to come by their trainer or by their teammates who have gotten good results… After one treatment, maybe two, they’re ready to come back regularly. The acupuncture treatments speak for themselves.”

One alum who completed the UC Berkeley externship offered, “I agree the treatments do speak for themselves, and once someone is in the door they usually come back. Some techniques like mirroring palpation techniques offer immediate results and are little tricks to help people feel like ‘Woah, this is powerful.’”

This gathering was one of our virtual “Lunch and Learn” events where we bring together students and alums for an opportunity to build community and learn even though we aren’t on campus at this time. Next up, we’re putting together some lunch-and-learns about Trauma Informed Care for Acupuncturists and Racial Justice & Health Disparities.

Related Posts:
What’s It Like to Be a Clinic Intern Practitioner at AIMC?

Curious about what it’s like to work in our student clinic? Use this blog as your resource! 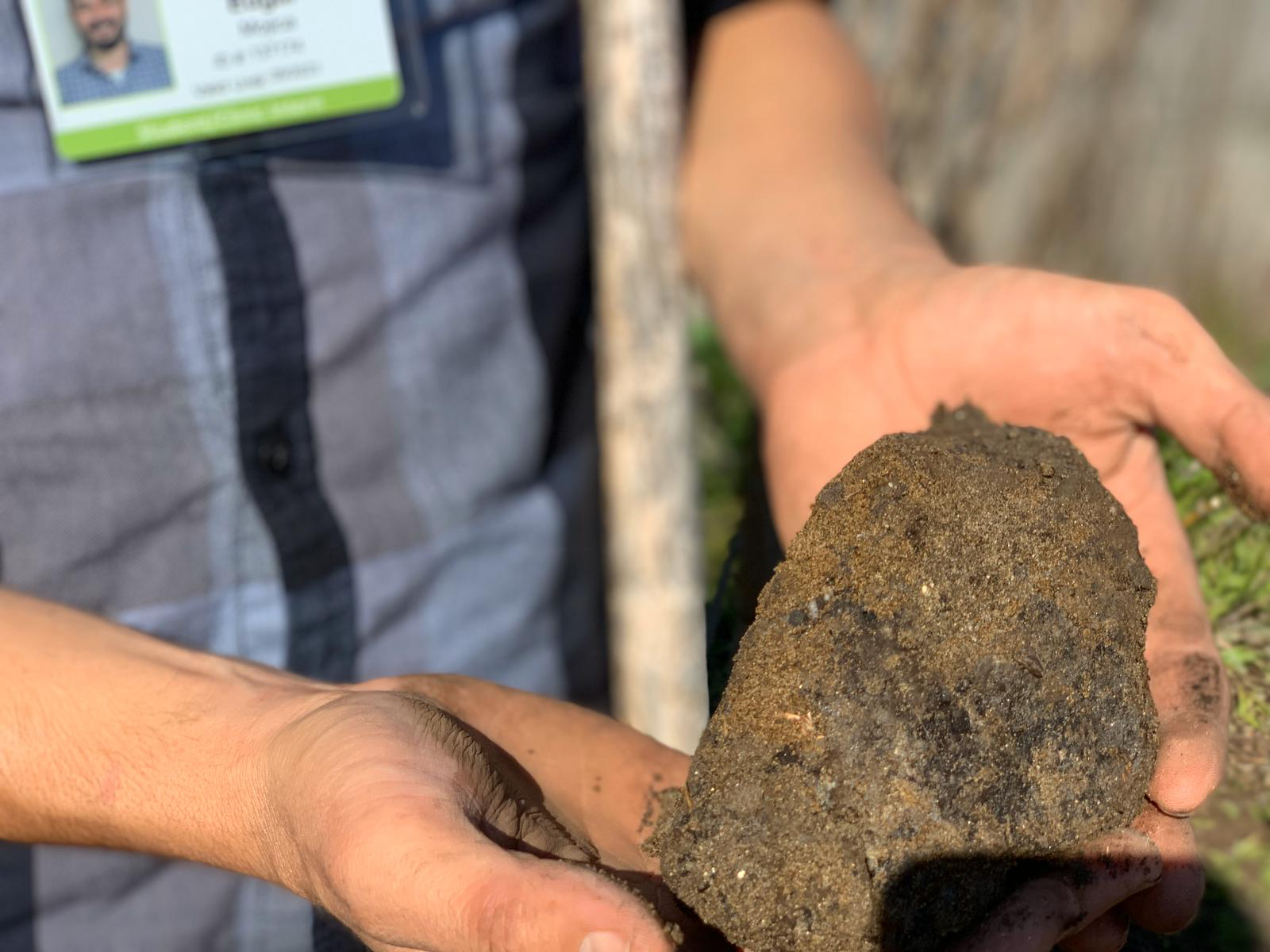 Edgar Mojica has always wanted to heal and educate other people. With a background in education and pre-med, he realized Read more 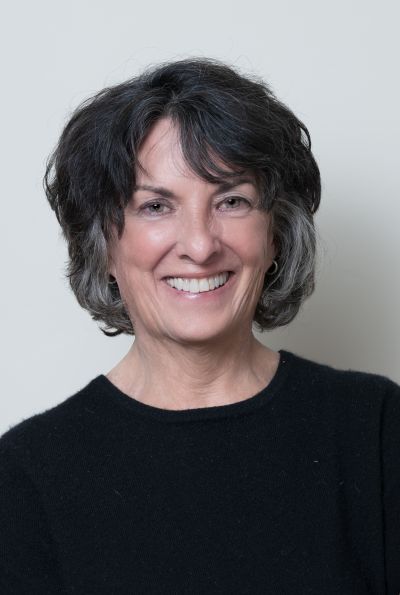 AIMC’s Japanese Foundations Since its founding in 1990 by the Meiji School of Oriental Medicine in Japan & its alumni, Read more 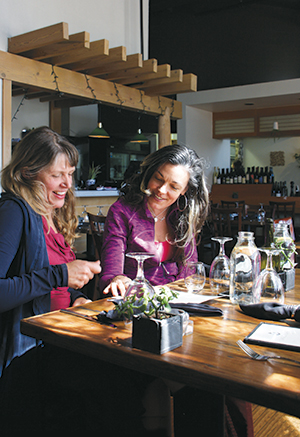 On Peak Eating and Pleasure Superheroes

Nishanga Bliss, MS, Ph.D. L.Ac., is the author of Real Food All Year and has been a practitioner in the Read more