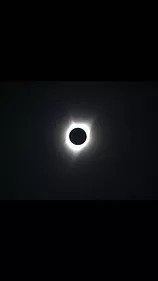 I have been to a few festivals, but never to one this big, and never to one occurring during a total solar eclipse. All I knew about the Symbiosis festival was from a friend—a farmer in Oregon and an SF native, who called it a mini burning man and a sanctuary of the mind. After finishing my first term of acupuncture and Chinese medicine school, I felt myself moving forward on a path leading toward complete connected-ness with the earth, life and being, and with the universe, death and knowing.

I was thinking in terms of Yin and Yang, everything was becoming Yin or Yang. So I knew seeing the eclipse in totality would be the ultimate Yin Yang experience and I needed to be there. And not only there, but surrounded by a sea of 30,000 hippies, dancing the day and night away, sharing stories with new friends, surrounded by love and light, and witnessing the moon take over the sunlight.

“It was the complete momentous transformation from Yang to Yin and back to Yang again; the sun’s daylight, taken over by the moon creating night, and back again to daylight.”
A friend from college had suggested the trip, a 30-year-old Oakland resident and single woman, who was on her own spiritual path to enlightenment. She had quit her 9 to 5 job working for the man and had just returned from backpacking for 4 months around South America.

I’d say there are several types of hippies, but they all have a common goal of higher self-enlightenment and being. Whether they fight injustice and resist the Man, practice a vegan lifestyle in search of an all-natural state of being, vow to preach compassion, peace, and love, come from wealth and choose to break away from society, or live in a psychedelic meditative trance state wishing for another sexual revolution, all hippies seem to understand there is a bigger picture to life only possible to ascertain through complete connection with the earth, the body, and the universe.

Although we expected large amounts of traffic, we had none heading 9 hours north of SF on the Saturday before the eclipse to the festival, 45 minutes north of Bend, Oregon, in Crook county, a 30- minute drive down a recently made extremely bumpy dirt road opening to Big Summit Prairie, symbiosis Oregon eclipse gathering 2017. 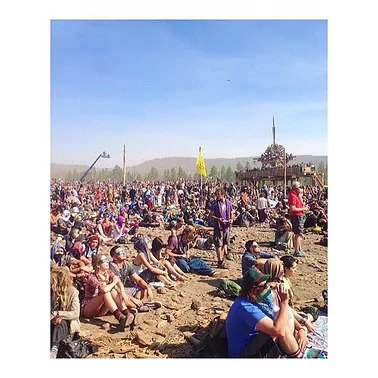 The sun was about to set, so we had limited time to set up our camp with any chance of daylight to assist us. As we entered the parking area, dust filled the windshield, people walked by in outfits of blinking lights and bright colors, animated figures ready for the night, some in their bathing suits coming back from the day.

We drove slowly down the rocky road named Juniper road, passing Earth rd., Satellite rd., Moon rd., Star rd., car after tent after car after RV after tent after car and all over again, row after row for about a mile, until we gave up on finding where we were “supposed” to go. We found an open area off Andromeda rd. and pulled the Subaru Cross-trek up onto the open ground where we would reside for the next 5 days.
It was about a mile to the festival from our small tent plus two chairs and a propane stove, through the dusty desert roads iding the plains of homes for the moment. The moment we drove on to Big Summit Prairie the music began and a feeling of cool bliss mixed with fiery desire took over. The music played all day and night 24 hours straight on one or all of the Sun, earth, sky, moon, and eclipse stages along with the 10 plus villages surrounding the lake, all with an artist and a mural in progress awaiting an audience and dj.

The day before the eclipse we sat lakeside in the land of further-er below the tri-village tree house, across from the wooden solar temple and 1stnation earth village, parallel to the village of witches, behind the circus arts big top and dance shala. We walked through the perma-culture plaza, wellness oasis, and sound meditation immersion. There were so many things to do and see and hear that by the next day 11am time of the eclipse, without an alarm we would have missed it completely as many others did!

I had picked up a TIME article on the eclipse prior to my journey north, about what would happen scientifically as the “debris ball that is the moon passes in front of the dust ball that is the sun.” But I didn’t read it until my return home. I wanted to experience the eclipse sitting in silence with my mind, without focusing on the rest.
That was for later: the sun’s diameter, 400 times that of the moon, and the ragged mountains around the moon creating the bursting ring of light just before the phenomenon reaches totality. I didn’t want to think about the moon circling around the earth at 2,288 mph or the celestial mechanics of the moon’s orbital planes inclined to the earth’s equator at around 25 degrees, causing the rarity of its occurrence, happening every 18 months somewhere around the world, but just every 350 years in the same place. For 349 years the moon appears crossing above or below the sun, but for 1 moment in the 350th year the moon passes in front of the sun at the same moment it passes the earth’s own orbital plane, creating the mystical total solar eclipse.

We made the mile trek on our third day, our heads fully wrapped to avoid the dust storm emerging as we walked among the masses of eclipse viewers, glasses in hand, putting them on sporadically to look up toward the sun, moving eagerly toward the festival entrance to make it in time. My first glance up turned into a stare, and then I stopped and froze, “oh my”, this was more intense than I had anticipated. My friend urged me forward as we were running late, late to find our perfect spot to watch the sun and moon put on a show.

There it was, an open area just beyond the small dock where two young men sat with their feet in the water, glasses on, looking up. It was the first time during the festival the music stopped. All I could hear, as the sky grew darker, as the temperature dropped what felt like twenty degrees, was the echoing of tribal chanting of the ritual occurring at the first nation village and the cheering of amazement as totality approached. I laid on my back staring up in awe. The adrenaline rush and excitement from my first glance had shifted to a numb calmness, a mix of discomfort and powerlessness along with the most powerfully connected feeling I have ever had—a feeling of complete confusion, but total acceptance at the same time. As everyone cheered, I couldn’t seem to get a sound out.

When I returned everyone kept asking me how was it? And all I had to say was that it was amazing. I wasn’t able to fully recognize the feeling I had experienced until a couple weeks later in preparation for writing this story. I had no language to describe what was going on in my body and mind. And one day while walking my dog Fred along the sandy path overlooking the deep blue ocean, the sun ready to set, I saw the moon full in appearance directly opposite the sun in the other side of the sky. I remembered the feeling and then I remembered when I had first felt that feeling. I was in nursing school and working as an aide for hospice patients; my first patient held my hand as she passed. It was just myself sitting besides her lying in her bed in the dim lit room. She called out to her deceased brother and mother, reaching forward, raising up out of the bed, and the next moment she was gone.

I had the same numb calmness in that moment as I did watching the eclipse. It was the complete momentous transformation from Yang to Yin and back to Yang again; the sun’s daylight, taken over by the moon creating night, and back again to daylight. Even as the moon took over the sun creating darkness, light still remained. It was the speed and unfamiliar timing that made it the ultimate Yang Yin experience, a feeling I could only associate with witnessing death taking over life, while I sat feeling awakened and fully alive. The powerlessness of death transcending life, but the powerfulness of life becoming ever more present. A total solar eclipse. 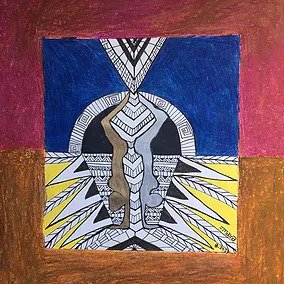