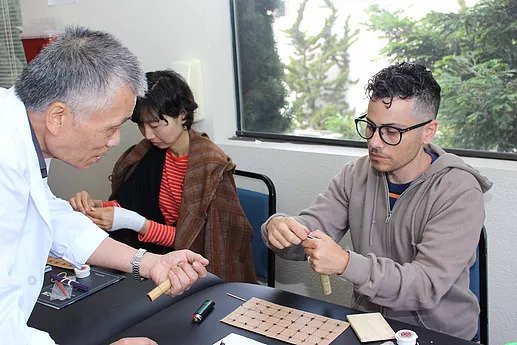 The weekend of May 27-May 28 about 25 students from AIMC Berkeley and other Bay Area Traditional Chinese Medicine schools and licensed acupuncturists turned out at AIMC Berkeley to learn from an expert in moxibustion, Jinju Mizutani. In his class “Mizutani’s Japanese Moxibustion Seminar: Gynecological Disorders” students had the opportunity to learn hands-on with individual coaching from the teacher.

“After practicing 15 years, this is one of the better CEUs I’ve done,” said Dennis Von Elgg, LAc, and both an instructor at AIMC Berkeley and a practitioner of the professional clinic. “It’s extremely applicable to a majority of our patients who are experiencing adrenal imbalances”.

A little bit about Mizutani: Born and raised in Japan, Mizutani is a graduate of Japan Central Acupuncture College in Tokyo from where he obtained his shiatsu, acupuncture and moxibustion license in 1983. He is on the faculty of Kikkawa College in Toronto, Canada, and is the Director of North American Journal of Oriental Medicine. 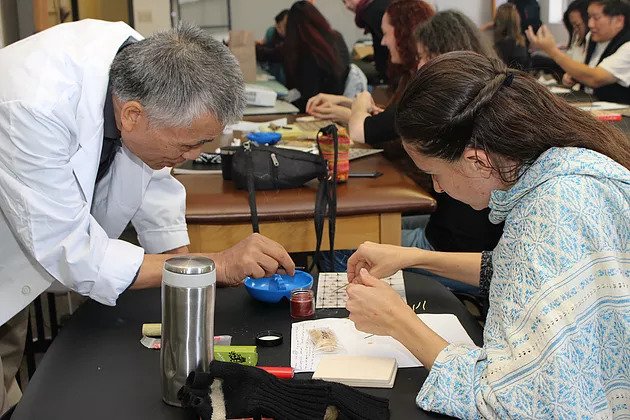